For most of my life, I think people would have described me as kind, caring and annoyingly cheerful. I’ve been given nicknames like Snow White and Mary Poppins, and I always felt like those were pretty accurate comparisons. But, thanks to graves rage and other mood swings, people’s opinions of me changed. I couldn’t see it happening, but it was made clear to me that I had transformed from Disney Princess to Disney Witch. So I decided to reflect back and see if I could find out where it all went wrong.

My ‘rage’ may have been out of control

I remember walking into a Hygienist’s room to tell her that the patient she was waiting for wasn’t going to make it in after all. This particular office didn’t do full lunch hours. So I thought she’d be glad to know that she had time to take a break. When she saw me she jumped a little and gave me a weird, worried look. I thought maybe I startled her, so I asked if she was OK. She said she was fine, she was just afraid I was coming in there to ‘yell at her again’. What? When did I ever yell at her?

I’m Italian so of course I’m louder than most people. But I’d never yelled at a coworker. When I asked her when it was she turned red, laughed and said she didn’t mean it. She said she was just hungry and went to take her break.

That same year at our Holiday Party, I was chatting with some of my co-workers. We were talking about first impressions. One of the Assistants said that when she starting working there, she was terrified of me. I really thought she was joking. I laughed and asked what it was about me that was so scary. She told me that because I have ‘no filter’, her first impression was that I was mean. Once she spent time with me, she realized I’m actually very nice. But still, she was always on her guard to see what ‘mood I was in’.

Maybe I was having mood swings

I didn’t realize it then, but she was right. Looking back I can see that I was all over the place. Like when I broke down crying at the grocery store. I was making a bunch of stuff for Christmas Eve and had to pick up ingredients for my Caprese Salad. Basil was the only thing I couldn’t find, so I asked the produce guys where it was. One of them said, “Oh sorry, we’re all out of basil.” Wow. It hit me hard. No basil? You can’t have Caprese Salad without fresh basil.

I just stood there with my bulging eyes on the verge of tears. And I could see they were starting to panic; hysterical woman in the produce section! They both took off saying they would check in the back or call one of the other stores. I just walked away sobbing. Covered in crazy and sobbing because the store was out of basil!

One time I was home alone cleaning the house and started to feel really anxious. I wasn’t thinking about anything in particular. But I suddenly felt edgy and out of control. Like I just wanted to crawl out of my own skin. So much so that I went out to my car and screamed at the top of my lungs. Just sat in the drivers seat and yelled until my throat was sore.

I was behaving terribly without knowing it

On some level I must have known that I was losing it. But I was too exhausted to figure it out. I kept making excuses. But this last incident is the one that made me realize I wasn’t myself.

It was a typical day at the office and an Assistant came to me to ask if I could re-arrange one of the doctor’s schedules. He wanted one patient rescheduled and then a few others moved up to earlier times. I thought it was odd that she was the one asking me about this. He would usually come to me personally with a major schedule change. When I asked where he was she said he was in his office, but didn’t want to ‘deal with me’.

I was shocked. And angry. She wasn’t ever the nicest person but now she was being downright rude. Before I could say anything else she told me that he was afraid to approach me, and if I didn’t believe her I should just go ask him.

So I did. I went back to his office, closed the door and asked him if he felt that I was unapproachable. He looked really sad and said yes. And it broke my heart. I liked and respected my boss and I felt horrible because I really had no idea that he felt that way about me.

I finally saw that I needed help

That’s what initiated my first doctor visit. I started with my OBGYN. After metaphorically putting a mirror in front of my face and doing a lot of honest soul-searching, I decided that my problem might be hormonal. That or I was just a bi—. Besides the emotional stuff, my menstrual cycle, which had always been regular was getting wacky. But my doctor just shrugged it off saying I was too young for menopause and it had to be something else. I won’t bore you with the details, but it took almost two years for a doctor to listen to me and actually investigate. That’s when I was diagnosed with Graves Disease.

It was hard to accept that I’d probably not been a very nice person for a long time. I know I couldn’t help it. How could I when I didn’t even realize I was doing it? But I still feel really bad about it. Besides the rage and mood swings, my memory’s a bit foggy. So I have no idea how many people I offended!

One great thing has come out of this though. When someone is unfriendly or lashes out at me, I don’t immediately take offense or try to retaliate. Now my first reaction is concern. Maybe they aren’t feeling well or they’re having a really bad day. Maybe they don’t realize how they’re coming off and they really can’t help it. It’s made me more sensitive and empathetic and I’m happy about that. I would have appreciated some of that myself. Maybe if someone had cared enough to look deeper, I would have been prompted to get help sooner.

For a while I separated my life into two parts, Anna before Graves and Anna after Graves. But lately I’ve realized that I’ve been changing all along. I’m more self-aware which really helps me to think before I speak. I don’t get called Snow White much these days. But, no one has given me reason to believe that I’m her evil Stepmother either so I guess that’s progress!

If you’d like to chat about your experiences with Graves Disease and gain some support as well, feel free to join my Facebook Group. 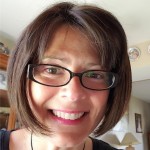 How To Cope With Perimenopause And Graves Disease The Frustrations of Being a Graves Disease Patient